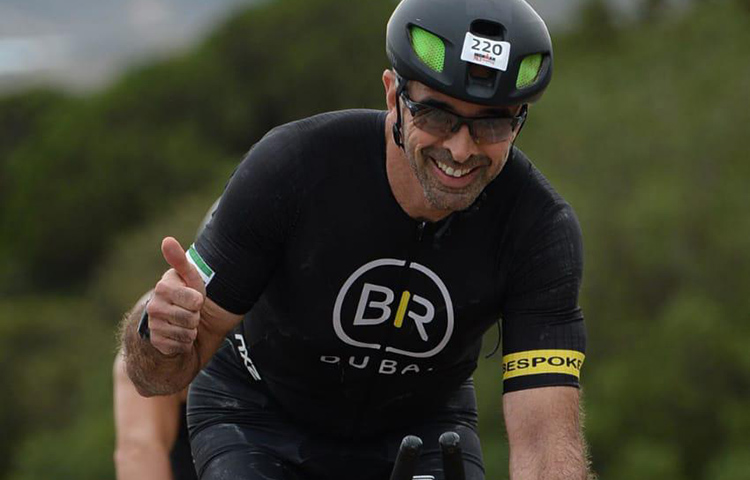 Entrepreneur, Board Member, Houlihan Lokey
Abdul Wahab is a keen athlete having competed in numerous Ironman 70.3 races. He is passionate about sports and is keen on competing for good causes. When Abdul wahab heard about the challenge for the Rashid Centre he was keen to ride for a notable cause and to support the UAE's initiative to support and equip people of determination to participate in society. 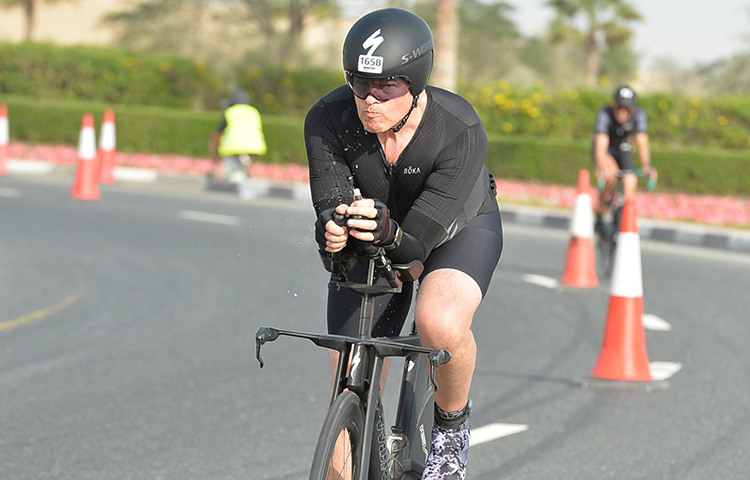 Chief Executive Officer, The First Group
Rob is the champion of The First Group’s Corporate Social Responsibility program, Enriching Young lives, which has enriched the lives of underprivileged children around the world, supporting health and educational initiatives that leave a legacy. The First Group has had the privilege of providing support to The Rashid Center for People of determination and that relationship was the motivation behind The TFG 7 Emirates Cycle Challenge. Rob has a long history of participating in events in aid of charitable organizations including expeditions to the North and South Poles. 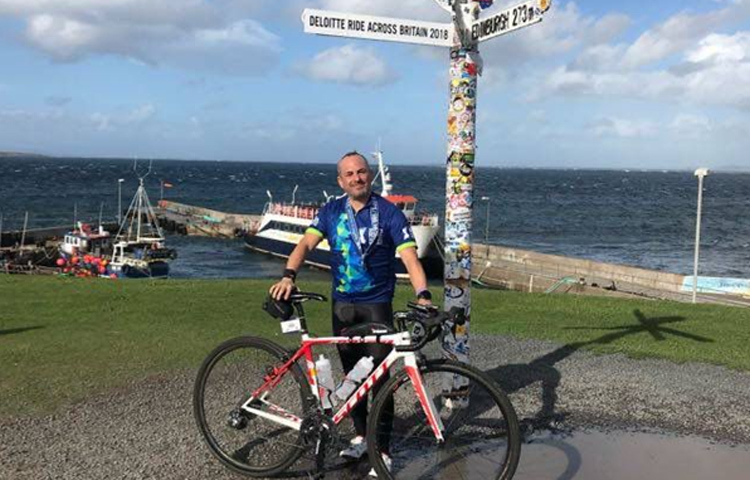 CFO Transguard Group
Nick has been a keen cyclist since 2015 and has participated in a number of multi-stage cycling events. He completed the Deloitte Ride Across Britain (1,570km, 16,000m of climbing, in 9 days) in 2018 - raising over £10,000 for Parkinsons UK - and the Cape Rouleur in 2020 (600km, 6,000m of climbing, in 4 days).
Nick cycles outside all year round in Dubai - through the summer heat and the winter cold! In addition, he enjoys a few CrossFit classes here and there to supplement the fitness.
Nick also occasionally sees his wife and two grown up kids when he’s not out exercising. 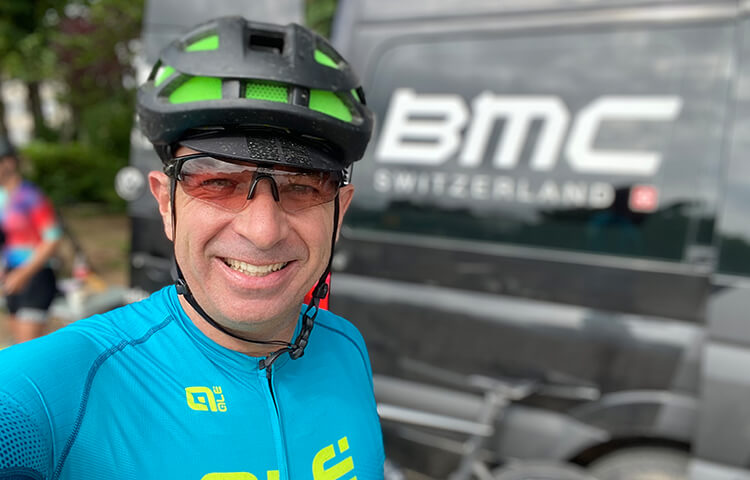 Sport in Life & GRIT+TONIC.com – CEO & FOUNDER
Nicolas loves his sport, so much so that 25 years ago he thought he’d make a career out of it. Equestrian enthusiast (he was once an amateur jockey), Nicolas swapped riding horses for riding bikes in 2018 when Sport In Life became the official distributor for BMC across the Middle East. His toughest challenge to date- cycling from Switzerland to Paris for the finale of the Tour de France with BMC, 551km and 5,280m of climbing in 4 stages! Nicolas not only enjoys riding his bikes with his friends, he’s slowly transitioning into triathlon and will soon be doing his first Ironman 70.3 in Muscat. 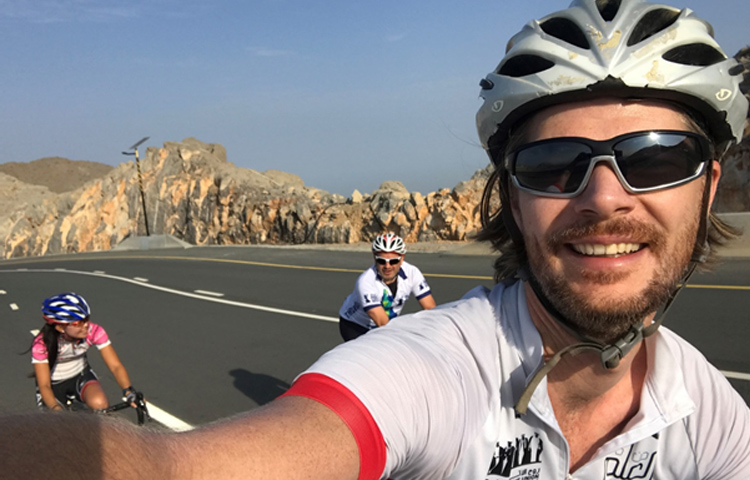 Partner, Deloitte
Collin is a self-proclaimed avidly mediocre cyclist, and husband to Yoko (also participating in the 7 Emirates challenge). Collin grew up on a mountain bike in New England, but only took to skinny tires back in 2009. What he lacks in endurance and speed, he makes up in height. Father of two burgeoning athletes and a 1988 De Rosa Nuovo Classico Diamante, he spends most of his non-cycling and working time driving from point A to B, occasionally visiting C.
Collin has done some longer rides, like the Coast -to-Coast and Flag-to-Flag and that brutal old Abu Dhabi International Triathlon back when the “short course” featured a 100k cycle leg. But he’s never attempted anything quite as ambitious as this! 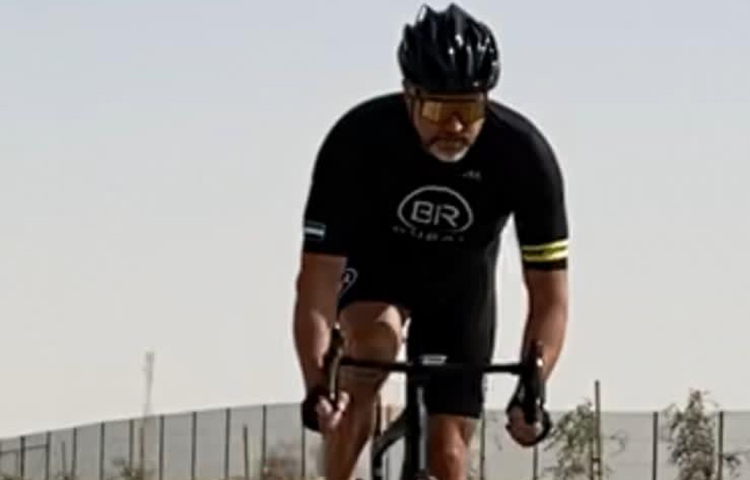 Managing Director, Henderson Park
Gijs is an athlete who participated in the Dutch rowing selection and was president of Proteus - Eretes, a well known rowing club in the Netherlands responsible for several Olympic medal winning athletes.
Gijs was keen to join in to this challenge when he heard about its cause and purpose. He will be travelling in from London specifically for this reason. 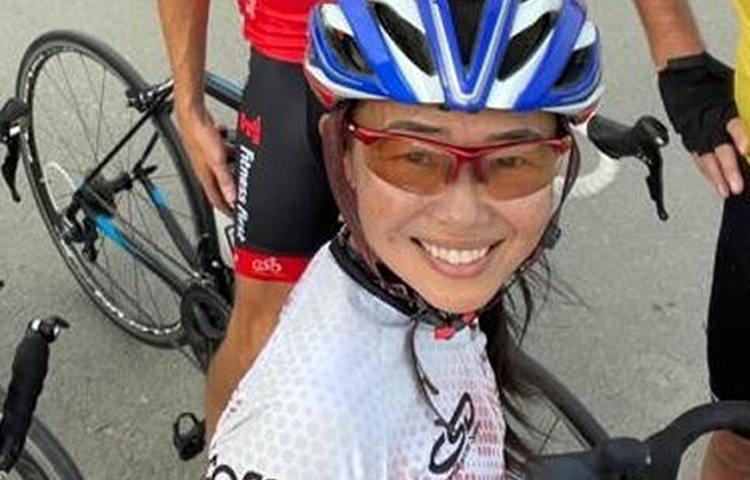 Global Public Health Specialist and Entrepreneur
A lifelong lover of sports, Yoko started exercising seriously as an adult after a health scare in late 20s from overworking. Her first triathlon in 2009 inspired her so much that she continue to train to this day. Yoko has competed in half-Ironman in Dubai and completed the Coast to Coast race last year, however this event will be her most challenging distance yet.
In her spare time, Yoko is a mom of two swimmers whose speed already surpassed hers and she a “decorated” alpine skier placing first in her age category in various UAE skiing events.

Partner, Deloitte
Wayne is a keen amateur sportsman, having grown up playing Australian Rules Football in Australia, has run marathons in Honalulu, London and Tromso and has been cycling in Dubai since 2014.
Whilst living in London Wayne took part in the Wooden Spoon 4 Peaks challenge on three occasions, raising money to help fund projects throughout the UK that support children and young people with disabilities or living in disadvantage. When not out exercising Wayne keeps busy trying to keep up with his two active daughters and his yoga-loving wife, rarely succeeding. 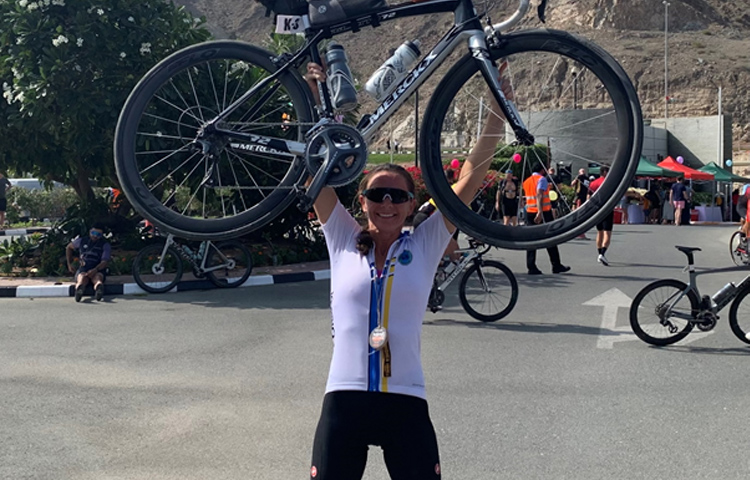 VP Audit
Amanda is from Northern Ireland where she started her career before moving to New Zealand and Australia before coming to the UAE almost 12 years ago.
Amanda keeps herself busy outside of work with two kids, training for triathlons and playing in the Sadiyatt Big Band (20 piece jazz / swing band).
Amanda started riding only 3 years ago when an injury forced her to stop running for a few months and now can be regularly seen cycling in the early hours of the morning on the roads of Abu Dhabi while most sane people are still asleep! She enjoys competing in longer distance triathlons and has also twice completed Coast to Coast. 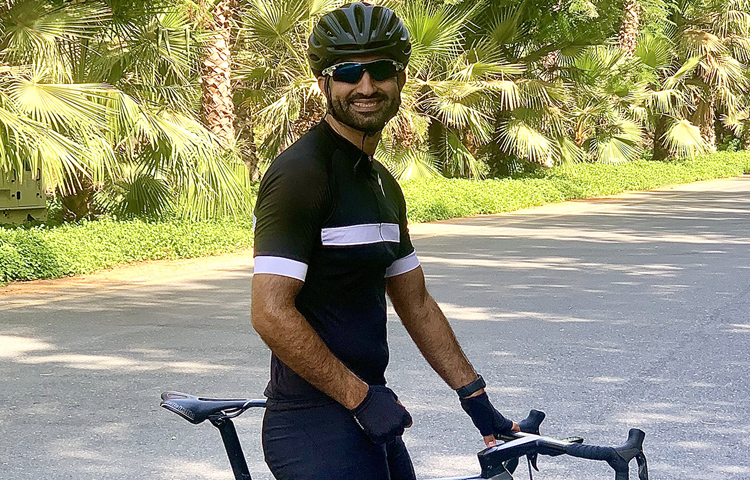 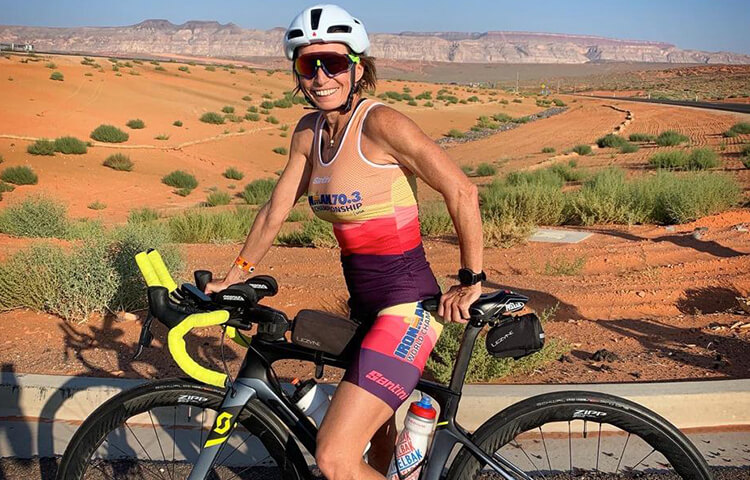 Managing Director, E-System Solutions FZ LLC
Sandrine is a ex alpine skiing high level athlete passionate by endurance sport.
Always keen to experience new sport activities or adventures, she started triathlon in October 2019 and did her first half Iron Man in February 2020. Since this moment, she never stopped practicing daily one of the 3 activities.
Competitive, she likes to race, compare herself to the best athlete and challenge herself with crazy adventures like the First Group Emirates Cycle Challenge supporting causes.